Brawa has made their name with model train enthusiasts through their:

Brawa products stand out because of their realistic details which are true to the originals.

Here’s a summary of the most important stages throughout 50 years of BRAWA model trains below.

BRAWAs calendar begins with the foundation of small distribution company for electrical toy trains. In doing so, Artur Braun placed the foundation stone for the company as we know it today. 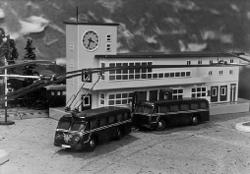 Artur Braun takes over Europa Technische Spielwaren’s exclusive rights to sell. Together with the construction engineer Gunther Eheim they design the first big sellers. The Europa electric train H0 ensures that the number of customers coming to the small new company increases drastically. The overall favorite is the trolley bus with its complete electrical overhead wire system, which is produced up to the end of the year 2000.

Anker building block sets, pieces of countryside, trees, traffic signs, tracks, dolls, teddy bears, a merry-go-round. After five years, the product range is extensive. In fact, it is so extensive, that Artur Braun exhibits his goods at the toy trade fair in Nuremberg for the first time.

The first cable car produced by Artur Braun for the H0 series was the Model of the Nebelhornbahn in Oberstdorf. In the future this turns into a specialty of the company. The feel for what the market requires and the wishes of the model builders continue to result in new product ideas which are sensational. Examples of this are a ski lift, a material cable car and a model of the cable car going up the Schauinsland in the Black Forest.

Artur Braun in Waiblingen changes its name to BRAWA: A new company is created. The patented brand name protects the products from southern Germany all over the world. The new name stands for “Models with an eye for detail” – today’s motto was a matter of fact then.

In the meantime, BRAWA’s product range of Model Trains includes approx. 800 products. It includes a large number of lights as well as a complete gantry system, insulated cables and wires. An important new addition to the catalogue is a range of semaphore signals and light signals. The production in Waiblingen can no longer stand up to the requirements resulting from this diversity. Hence a new building is under construction in Remshalden / Grunbach. 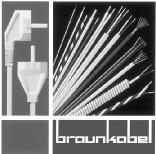 The company Braunkabel is founded. The main product being produced: cables of all types and diameters – also and especially for model building.

After moving into the new company buildings there is nothing to stand in the way of expansion and rationalization of production. Internal company organization is extended and organized optimally. The tool making shop, plastics injection molding shop, enameling shop, galvanizing shop, fabrication shop, department for bent components as well as development and construction of new products all come together under one roof. 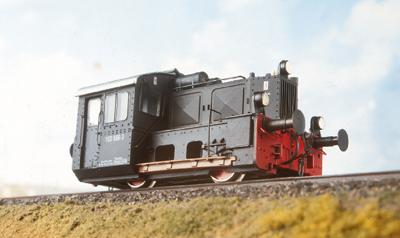 A small, busy shunting locomotive has developed into BRAWA’s big seller. Twenty years ago, the model of the KöfII was presented as a novelty. Now, these special editions have turned into much sought after collector’s pieces. They fulfill the increasing requirement for true to the original detail and fine workmanship..

BRAWA looks back over 42 successful years of business. The company has developed into one of the leading providers of model train accessories world-wide. Their new target: “Conquer the West”: The first of the successful US models of LIFE-LIKE is included in the BRAWA range.

The first model of a diesel locomotive made by BRAWA ensures an enthusiastic market. Equipped with an entire range of details, the DR 119 proves itself on H0 tracks.

The range of Deutsche Reichsbahn locomotives is extended. The first electrical locomotive to be produced by BRAWA is a model of the DR 242 series.

Up until now, it is the largest German electrical locomotive: the E 95 02. Between 1927-28 AEG supplied a total of six locomotives of the series E 95. In 1979, the last locomotive was saved from being sent to the scrap yard, this was the E 95 02. Since 1966, the BSW group of the Bw Halle has been spending its time restoring the E 95 02 at the Dresden Traffic Museum . An ambitious project which requires a lot of time, enthusiasm and generous support. BRAWA supports the restoration of the E 95 02 by contributing 10 DM for every model of the E 95 01 sold. 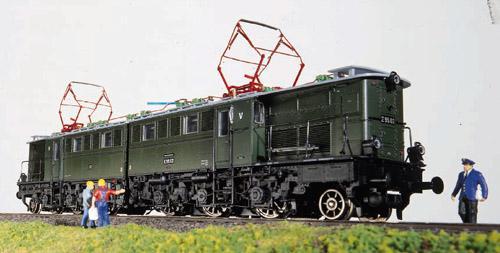 BRAWA’s 50th anniversary is the occasion for closing the last gap in their range. Based on the original plans, the first model of a steam locomotive is designed and constructed. The T3 for H0 tracks is announced at the toy trade fair in Nuremberg. 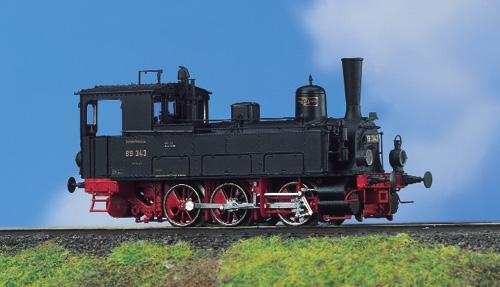 The steam engine with tender engine BR 06 001 is generally regarded as being a “giant engine”. To the joy of many enthusiasts, BRAWA included this model in the product range in 2001. Coupled with the five axle tender T38St, the BR 06 had a LüP of 26 520 mm and hence was the largest express engine.

www.brawa.de official web site of BRAWA)Company history. More than 50 years of “Models Trains with an eye for detail”